It’s hard to calculate the imprint Martin Briley has made in the recording industry, but let’s try. He has had a hand in over 40 million records sold. Participated in hundreds of sessions with superstar performers. And he’s been a touring musician himself in addition to touring as a guitarist and back up vocalist with legendary bands of the 80’s.

Below in chronological order is a partial list of Martin Briley recording and writing credits established over the years. Click the "View Complete Discography" button far below to see the complete list of more than 120 album credits. Each album entry includes a related anecdote Martin (MB) shares that capture a moment in time for titles you are encouraged to track down and give a listen to!

"Finally released after 50 years, and I believe we’re all still alive and kicking at time of press, so far."  MB

'You Call Me a Bitch Like It's a Bad Thing'

"Probably an idea that started with a T shirt."  MB

"I worked with Brent on this song at my home studio, talented guy".  MB

"A re-release, co-written with Richard Feldman at his studio in LA."
MB

"A re-release, this became a top 10 dance hit in the UK, great production by Dennis Lambert."  MB

'Looking For You'
'After The Way'

"Both covers of songs from the Don Barnes' solo album."  MB

'When the Wrong One Loves You Right'

"A re-release on a compilation."   MB

"Finally released after 30 years. Don Barnes and I wrote and recorded these songs in a burst of creativity in the late 80s. We wrote some of the lyrics in Forest Lawn Memorial Park in the Hollywood Hills, just so we could mention it 30 years later. Players include the late Jeff Porcaro and the late Mike Porcaro, Danny Carmassi, Bill Cuomo, Alan Pasqua, and Dan Huff."   MB 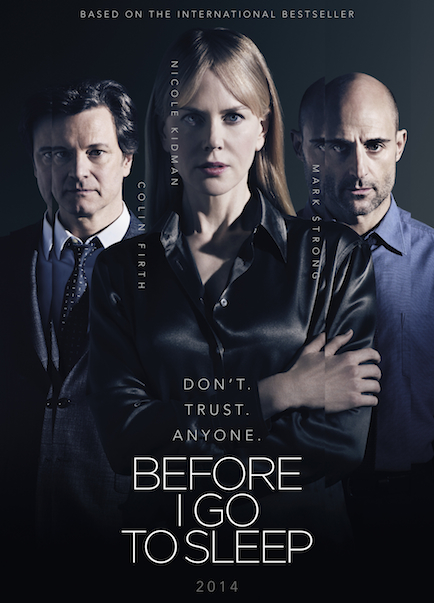 Before I Go to Sleep Soundtrack

"Getting a song in a movie is great, especially when it’s a box office smash! Which this wasn’t."

"Acoustic versions of some of my old songs. Despite the cover art, nothing to do with melting icecaps at all."

"This is when we played the German show Rockpalast, which is a live show in front of 10,000 broadcast live to 17 countries. Also on the bill were ZZ Top and Joan Armatrading. Trapped in Essen for days."

'Fuel to the Fire'

"Dana Calitri, Nina Ossoff and I wrote this with two of the guys from the Maine one Sunday afternoon."

Into The Light
Phil Stacey
Provident/Sony

'Got Me Where You Want Me'

"Co-written with Orianthi in LA. She was preparing to launch her first album by opening for Michael Jackson on tour. Then he died." 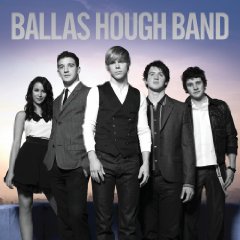 "I don’t think I’ve ever heard this."

"I put real drums on the final mixes but MTV had gotten used to the fake drums. Demo love."

'Salt in my Tears EP'

"My re-record with clip art, really sticking it to the man."

'Between the Sea and the Sky'

Between the Sea and the Sky
Martin Briley & Brian Engel
RPM

"This was the first complete album I ever recorded, and my first attempt at orchestration. Recorded at George Martin's beautiful AIR studios over Oxford Circus in London in the early 70s. I met Harry Nilsson there at an all night session."

'It Comes In Waves'

"An album of new songs from the 21st century."

'Beauty in the Silence'

"Mattel picked these already-written songs for the movie, strange because ‘Invisible’ refers to the Columbine high school shooting. Kesha sang the vocal on the demo."

"Un’altra bella canzone. Who knew that the writer of a foreign translation lyric gets 50% of the writer’s royalty?" 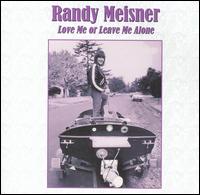 'Salt in My Tears'

Love Me or Leave Me Alone
Randy Meisner
Revola

"The guy from the Eagles." 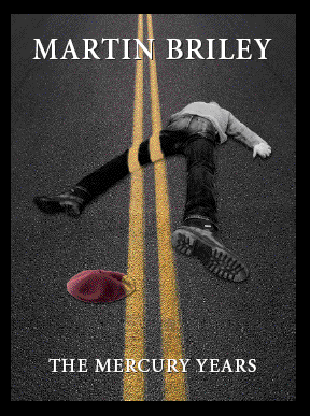 "Because of my successful involvement with the previous album artwork ( two Grammy nominations ) Universal asked me to come up with something for the boxed set of my work they were planning. My mission was to make their title ‘The Mercury Years’ more entertaining; I’m not sure if Universal was amused." 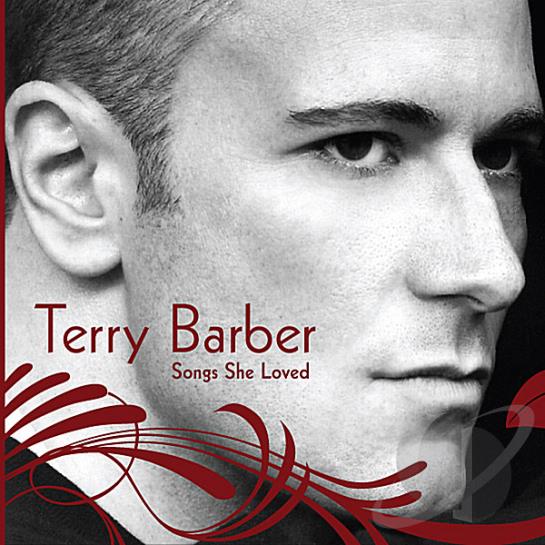 'Not A Moment Too Soon'

Who We Are
Hope Parlow
Virgin Records

"I don't think I ever heard this."

'Down On My Luck'

"Hard rock with a modulation."

"Salt in My Tears on another compilation."

'When the Wrong One Loves You Right'

A New Day Has Come

"I wrote this with Francis Galluccio and Marjorie Maye, not my title. Before recording it, Donny Inner of Sony asked if we could make the title more positive, he suggested maybe something like …. ‘When the RIGHT One Loves You RIGHT. You see, it could have been so much worse. Last time I checked this album had sold 9.5 million records!"

'Getting Over Losing You'

"CD version of Brock Walsh’s cover of the song we wrote for Barry Manilow."

Who I Am
Jessica Andrews
Dreamworks
GOLD

"Co-written with Dana Calitri and Andy Marvel. This is the Country version of the song."

It Was All a Dream
Dream
Arista
PLATINUM

"Co-written with Dana Calitri and Andy Marvel, this is the pop version of the song. Apparently P. Diddy was pissed about the Country version."

"I guess I’m playing bass somewhere on this."

'All I want Is You This Christmas'

"Co-written with Dana Calitri. I still hear it every Christmas in the liquor store." 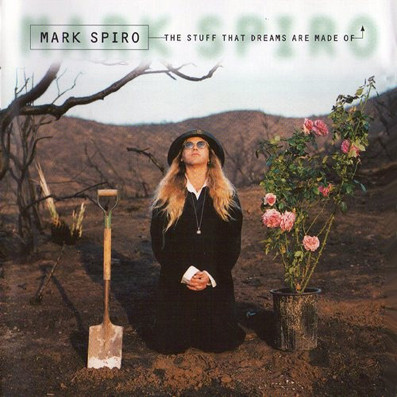 'Rain in Her Heart'

"Co-written with Dana Calitri, in a rather old-fashioned style, using chords from the previous century."

"Co-written with Jeff Franzel and Dana Calitri. Ashley didn’t seem keen on being a pop star."

Hear it on the Radio, Vol. 2
Ellen Foley
(Bass Guitar)

"Playing bass on an Ellen Foley song on a compilation."

"Such fun hanging with Elton and Rosie that night, I wish."

"She's timeless with those glasses."

'The Magic of Christmas Day'

"Is Celine smelling that box?"

"A Mandrake song from the Swedish film Skottet on a compilation"

"A Mandrake song from the Swedish film Skottet on a compilation."

"A Mandrake song from the Swedish film Skottet on a compilation."

'She Wants it All'

"Peter Tork of the Monkees cover of my song from my ‘Fear of the Unknown’ album."

'Salt in My Tears'

"Salt In My Tears on another compilation."

"Somebody had to write it."

"I played this song only once, during my first trip to Nashville, six months later it was a #1 CCM single. Not bad for an atheist. Pretty good record too, I thought."

"From the sublime to the ridiculous, I think I was the only one not wearing makeup at these writing sessions."

"Songs I co-wrote with Heidi and Chastity, now Chas. I’m sure Chas is just as nice as Chastity was."

"I wrote these with Andy Goldmark in NYC."

"Although Hot Love was Track 1, Side 1 on the vinyl record, it wasn’t released as a single. At the last minute they swapped the studded belt for an Armani suit and released the ballad. Good move."

'Love is Thicker than Blood'

Not Fakin' It
Michael Monroe
Polygram

"It was fun working with Michael. If I wore a banana suit and walked down the street with him, nobody would notice me."

"Co-written with Willy Nile. It’s great having a song in a movie, it never goes away! I’m not sure if I’ve seen the movie all the way through, but apparently it’s about a bouncer, who, like most bouncers I know, has a degree in Psychology."

"One of a half dozen songs I wrote with Willy in the 80s."

"I flew down to San Antonio to write this song with Michael, where he was a local pop star."

"At one point it seemed like Starship were going to record this, but 5 - Star had a top 10 dance hit with it in the UK, great production by Dennis Lambert."

Place I Have Never Been
Willie Nile
Columbia

"I worked with Scott at the Hit Factory in NYC."

"I wrote this with Marc Hunter from the band, who sadly died a few years later."

'I Think About You'

The Race is On
Dalton
EMI

"Co-written with Michael Bolton. On the demo we used a drum machine with a blown snare chip, it sounded terrible, but it didn’t stop the producers of this European cover from making their real snare drum sound just as bad."

'I Think About You' 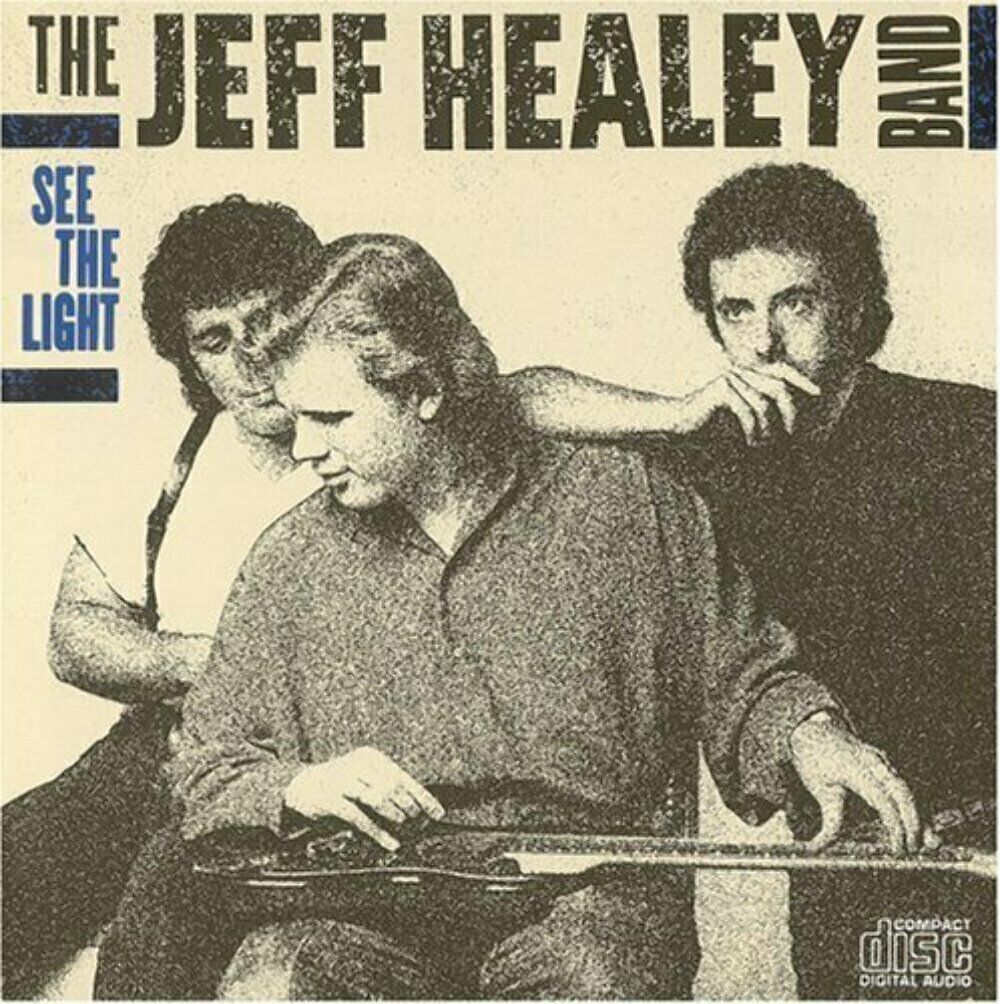 Back to Avalon
Kenny Loggins
Columbia

"Co-written with Richard Feldman at his studio in LA."

'Too Late for Goodbyes'
'Valotte'

"Phil Ramone was simultaneously producing Julian and I in different rooms at the Hit Factory studios in NYC, so I had the pleasure of playing guitar licks all over what became his hit single."