Born in London, Martin began playing and writing music when he was ten. At seventeen, with his Mandrake Paddle Steamer band mates in tow, Martin had the honor of recording at the legendary Abbey Road Studios. Soon thereafter he was signed to George Martin's AIR group of companies from where he went on to become an important part of the London studio scene as an arranger, vocalist and one of the most sought after session guitarists around.

After a stint with the BBC TV Orchestra, and later a time as bass guitarist in British art rock band Greenslade, Martin moved to New York where he became immediately in-demand, finding work as a touring and session musician for Ellen Foley, Ian Hunter and Mick Ronson. Once in New York he soon signed as a solo artist to Mercury Records winning critical acclaim for his three self-penned albums, though he is probably best known for his top 40 and MTV hit single "Salt in My Tears".

Around that time Martin learned of his popularity in the digital trading space. Interest in Greenslade and Mandrake recordings and videos were intensifying. His records were bought and sold regularly, even out-of-print recordings were in demand by collectors. For those with continued interest in Martin Briley's recordings here is a discography for you to browse.

Martin has earned the reputation of one of the most prominent writers in America. He has received orchestral commissions, and has written songs for and/or collaborated with such artists as Celine Dion, *NSYNC, Dream, Michael Bolton, Kenny Loggins, Pat Benatar, Nana Mouskouri, Willy Nile, Gregg Allman and Barry Manilow, to name a few. As an instrumentalist he has recorded and/or performed with Julian Lennon, Bonnie Tyler, Neil Sedaka, the Modern Jazz Quartet, and Jimmy Webb, among many others. As a back-up vocalist his voice can be heard on recordings by Celine Dion and Mark Anthony, to the Rocky Horror Picture Show soundtrack and iPhone jingles. His range is impressive.

Today Martin Briley has evolved into a highly-regarded musical composer for TV and film, with compositions featured prominently in major productions. For more information contact Martin here, or continue to read about his work in TV and film, and sample some of his work here.

In 1970 Martin read that George Martin, the Beatles producer, had left EMI to form his own AIR Studios and group of companies, and was looking for new talent. He’d recently written a 20 minute piece called ‘The Bombers’ Children’, but had no means of creating a demo recording of it, so he submitted a copy of the score. Unbelievably that led to a meeting with George and a recording contract with AIR. He called in Brian Engel from Mandrake Paddle Steamer to help write the material. George's partner Peter Sullivan was overseeing the sessions but they generally had free rein to do as they wished. This was Martin’s first opportunity to write for orchestral instruments, notably the tracks ‘Midwinter Fair’ and the sea epic ‘Between the Sea and the Sky’. He also got to meet and work with the arranger Andrew Pryce Jackman, who would later become his musical mentor.

The album was ‘shelved’, a massive blow to Martin’s confidence at the time, though it was finally released on CD as ‘Between the Sea and the Sky’ by Briley/Engel in 2007.

Brian Engel and Martin got together again to write and record an album of Mersey Beat retrospective songs, with Andrew Jackman producing, to create the album Liverpool Echo.

During the early 70s Martin was busy playing and singing on all kinds of recording sessions in London. He sang on the Rocky Horror Picture Show Soundtrack and worked with Chris Squire of Yes a couple of times. With Brian Engel he would create the tracks for many of the new songs being written by the British hit songwriting duo, Ken Howard and Alan Blakley. He also became part of the BBC TV Orchestra for a while, playing on many TV series including ‘The Vera Lynn Show’, ‘They Sold a Million’, ‘The Lulu Show’, ‘The Cliff Richard Show’ and ‘Top of the Pops’, accompanying such artists as The Hollies, Neil Sedaka, Engelbert Humperdinck, Tom Jones, Olivia Newton-John, Johnny Mathis, Michel Legrand, The Modern Jazz Quartet, Donna Summer, Gilbert O’Sullivan, Charlie Pride, Charles Aznavour, the Shadows, and many more.

In 1974 Martin took a break from recording sessions and joined the British progressive rock group Greenslade as bass player. The band consisted of Martin, Dave Greenslade, Dave Lawson and Andrew McCulloch. They were about to go into the studio to record their fourth album ‘Time and Tide’, and then straight off to America for their first US tour opening for Sparks and Kraftwerk.

In 1979 Martin met Ellen Foley at Ian Hunter’s house in upstate New York, she was getting ready to do an album with Ian and Mick Ronson producing, and needed a bass player. After finishing her ‘Night Out’ album, Ian and Mick asked Martin to play bass in Ians’ new touring band, to support his latest album ‘You’re Never Alone With a Schizophrenic’. As well as touring Martin played on Ian Hunters’ ‘Welcome to the Club’ and ‘Short Back ‘n’ Sides’ albums. The musicians were Martin, Mick Ronson, George Meyer, Tommy Mandel, Tommy Morrongiello and Hilly Michaels ( later replaced by Eric Parker ).

Martin recorded his first solo album ‘Fear of the Unknown’ in 1981 for Mercury Records. The album was produced by Allan Blazek, the musicians were Martin, Eric Parker, Robert Brissette, Tommy Mandel, Graham Preskett and Eric Troyer.

He recorded his second album ‘One Night With a Stranger’ in LA in 1982 for Mercury, now Polygram Records. It was produced by Peter Coleman, and the musicians were Martin, Pat Mastelotto, Jamie Herndon, Robin Sylvester and George Meyer.

Getting songs on other artists’ records was always a challenge. One of the easiest ‘cuts’ Martin had was in 1996 when he took his first, long overdue writing trip to Nashville.

Back in 1983, when ‘Salt In My Tears’ was in the US top 40, he was talking on the phone to Carlene Carter in Nashville, who told him his song was really popular there too, and that in the absence of MTV in Nashville at the time, everybody assumed he was a ‘good ol’ boy’, ( and not a foreigner with a beret. ) He wasn’t sure what she was talking about, but stayed away anyway until 1996.

So, thirteen years later on his first trip to Nashville, he was renting a car at Nashville Airport when the Avis rep looked at his license and said “Martin Briley? Martin ‘Salt In My Tears’ Briley?” He drove away from the airport and immediately saw a huge sign for BRILEY PARKWAY! What? And then on the way to downtown Nashville he saw a couple of VOTE BRILEY bumper stickers! Now he was beginning to understand where the ‘good ol’ boy’ thing came from, in Nashville the Brileys are a political dynasty.  Funnily, there’s not too many of them back in England.

Martin was staying with his songwriter pal, Bob Halligan and his family. Bob's (Contemporary Christian ) band Ceili Rain were about to play at the Milano, an important venue apparently. Bob kindly suggested Martin open their show by doing ‘Salt In My Tears’ and another song accompanied by Ceili Rain. Coincidentally he’d recently written ‘That’s Me Without You’, an easy ‘other’ song for the band to learn quickly.

As he left the stage Martin was asked for a copy of the ‘other’ song.

Six months later “Me Without You’ by Rebecca St. James was a #1 Contemporary Christian hit single. Martin thought the record was pretty good too. Punkier than he expected from religious types. Apart from dropping the ‘1984’ reference and whispering ‘Jesus’, the lyrics were unchanged.

Nashville, definitely worth the trip.

In the late 80s Martin was on one of his many writing trips to LA, he was staying at the infamous Sunset Marquis Hotel in West Hollywood and in his room was a rented Fender Rhodes electric piano.

One afternoon Glen Ballard ( Alanis Morrissette, Michael Jackson, Wilson Phillips ) came over to write. They were working on a song called ‘You’ll Do It Anyway’, and were taking turns sitting at the piano gradually developing the song. They were at that stage where they were searching for the next section, just playing what they had so far, over and over.

After about an hour of this, the phone rang. It was the hotel guest staying right above them, probably calling to complain.

“Hi, this is the guy upstairs, I think I know the chord you’re looking for.”

He didn’t, but what a nice way to complain. 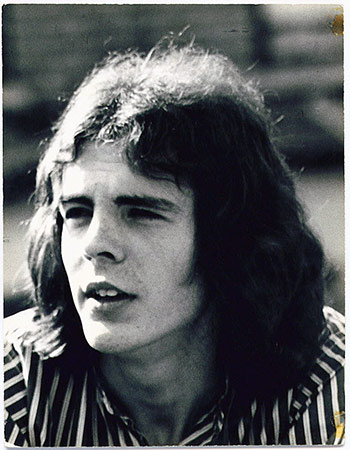 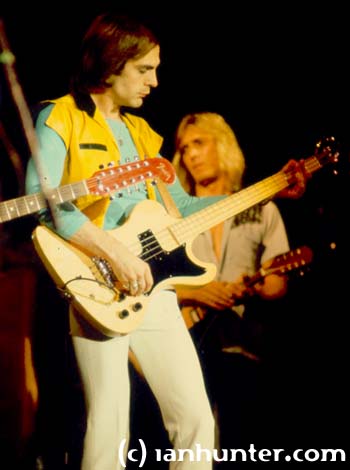 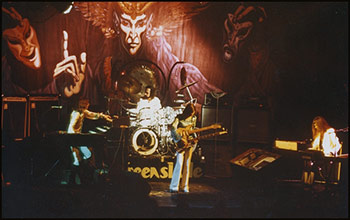 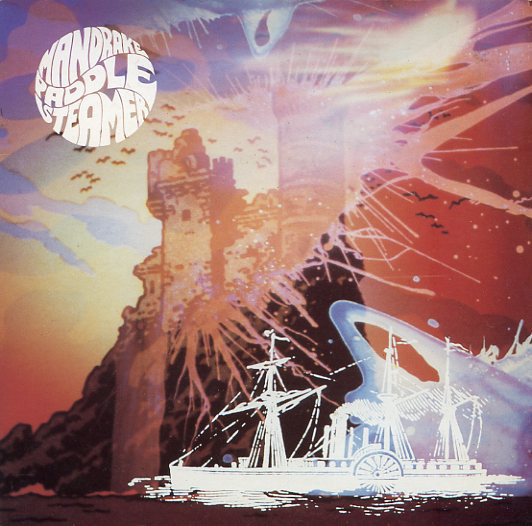 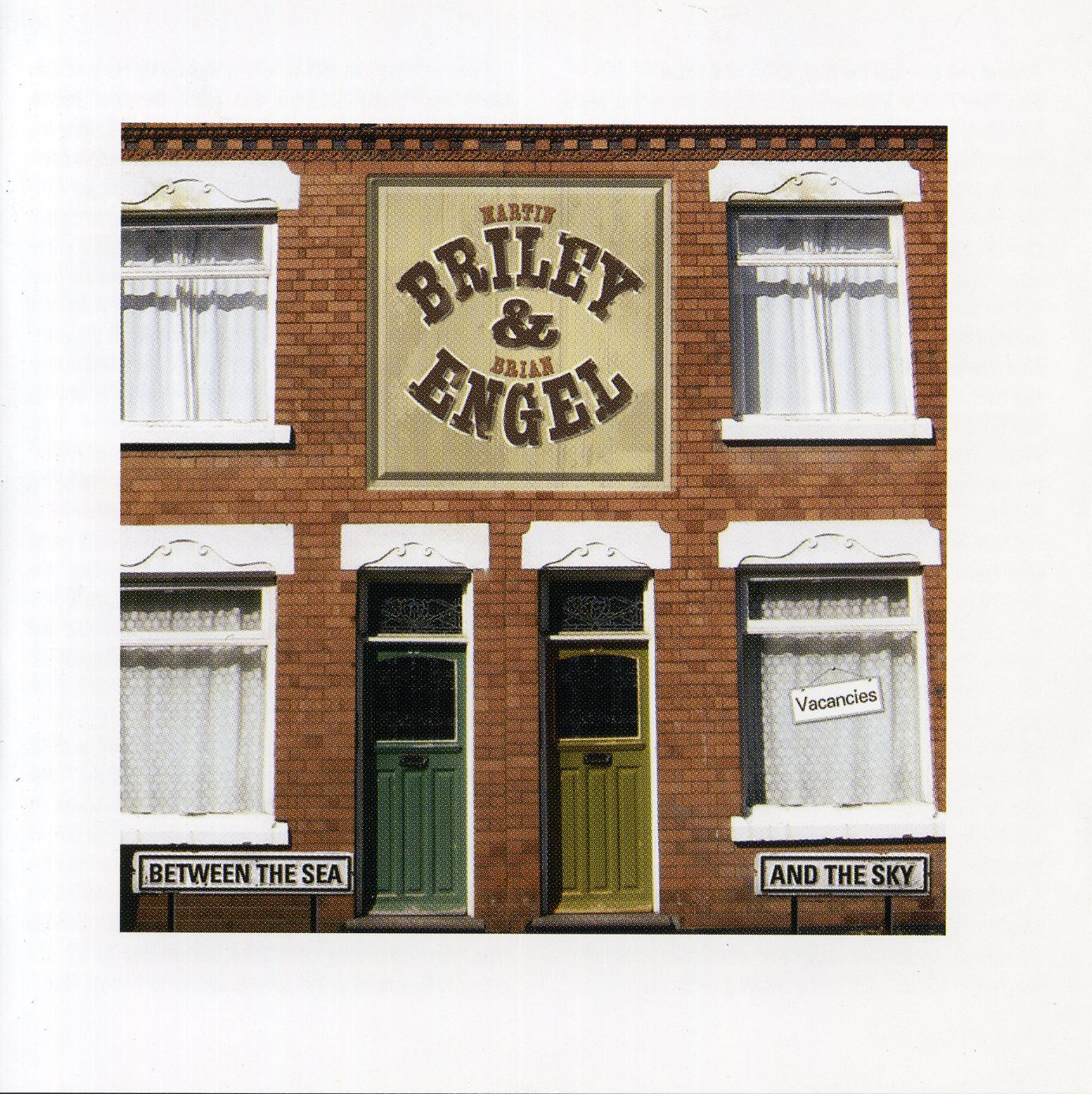 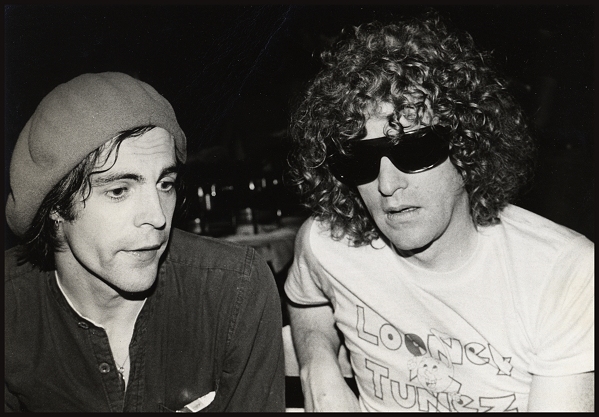 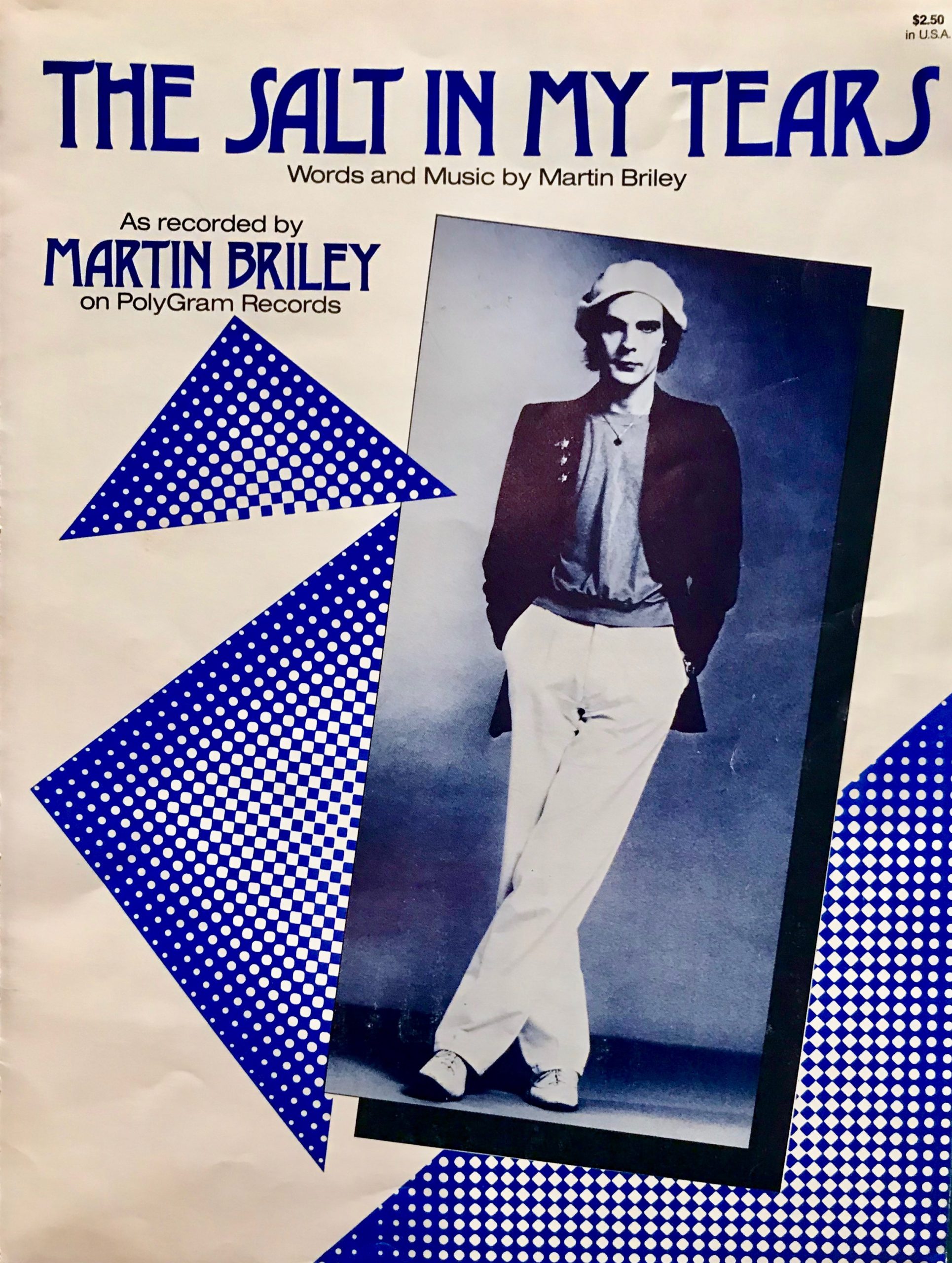 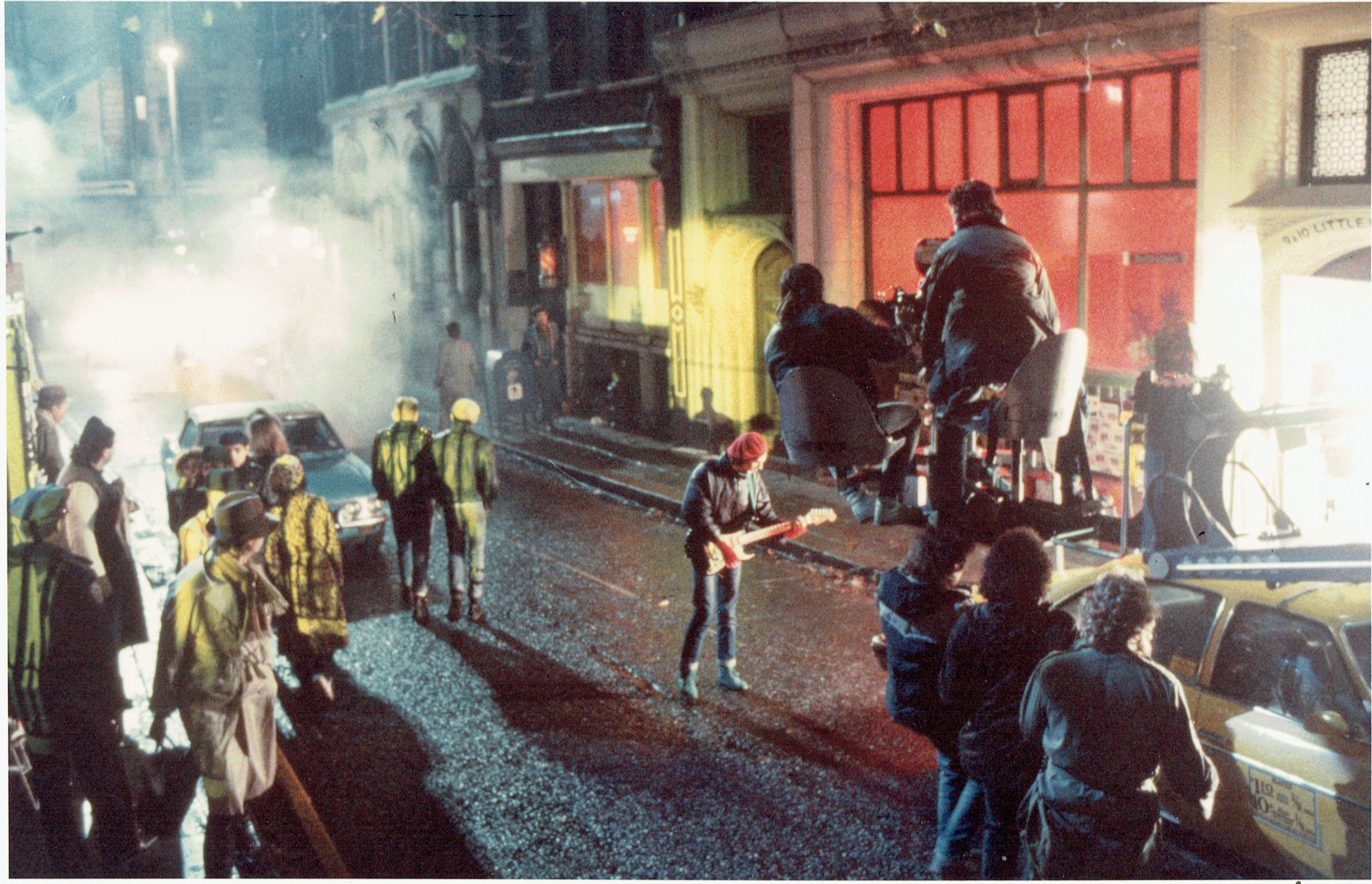 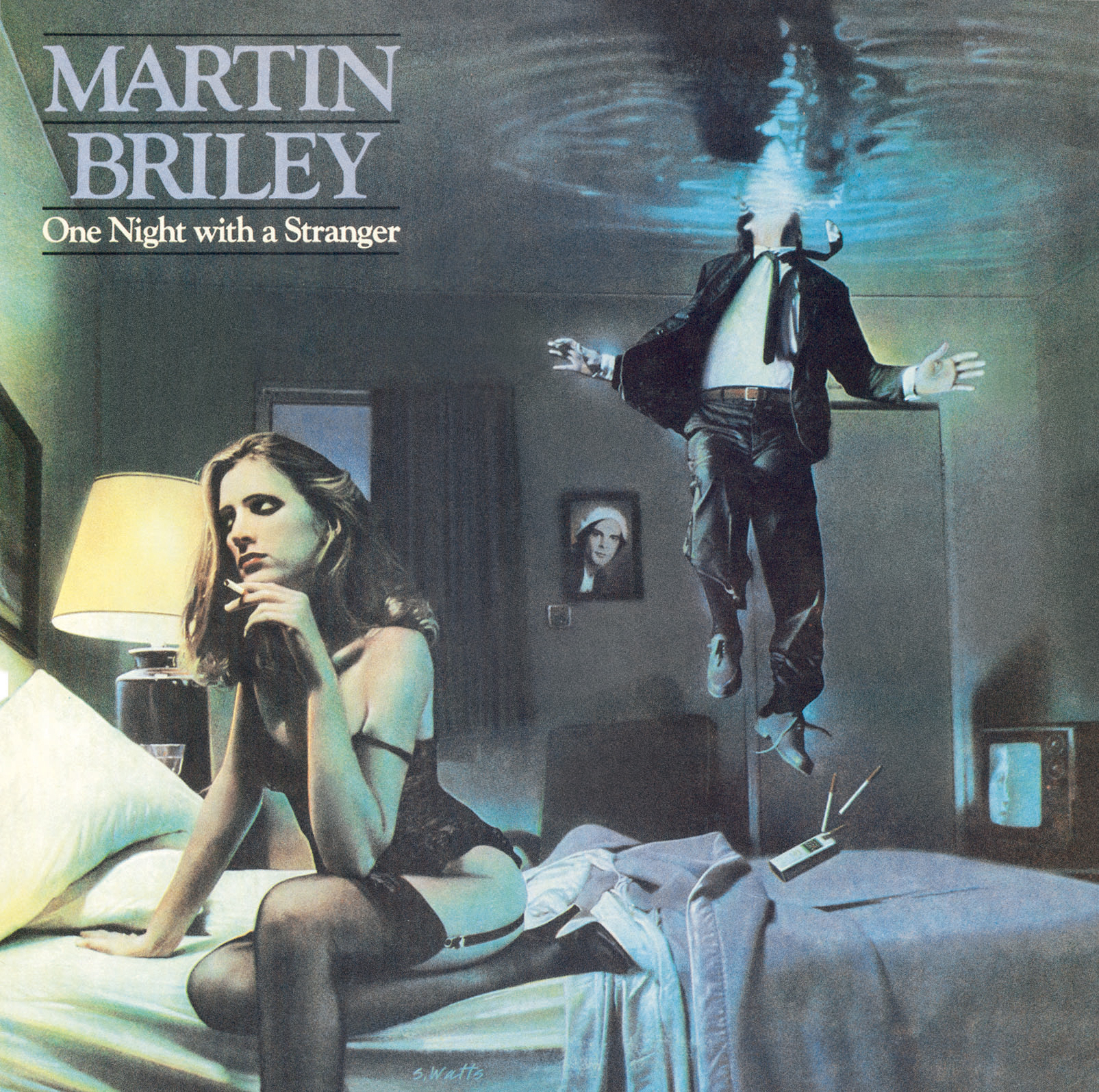 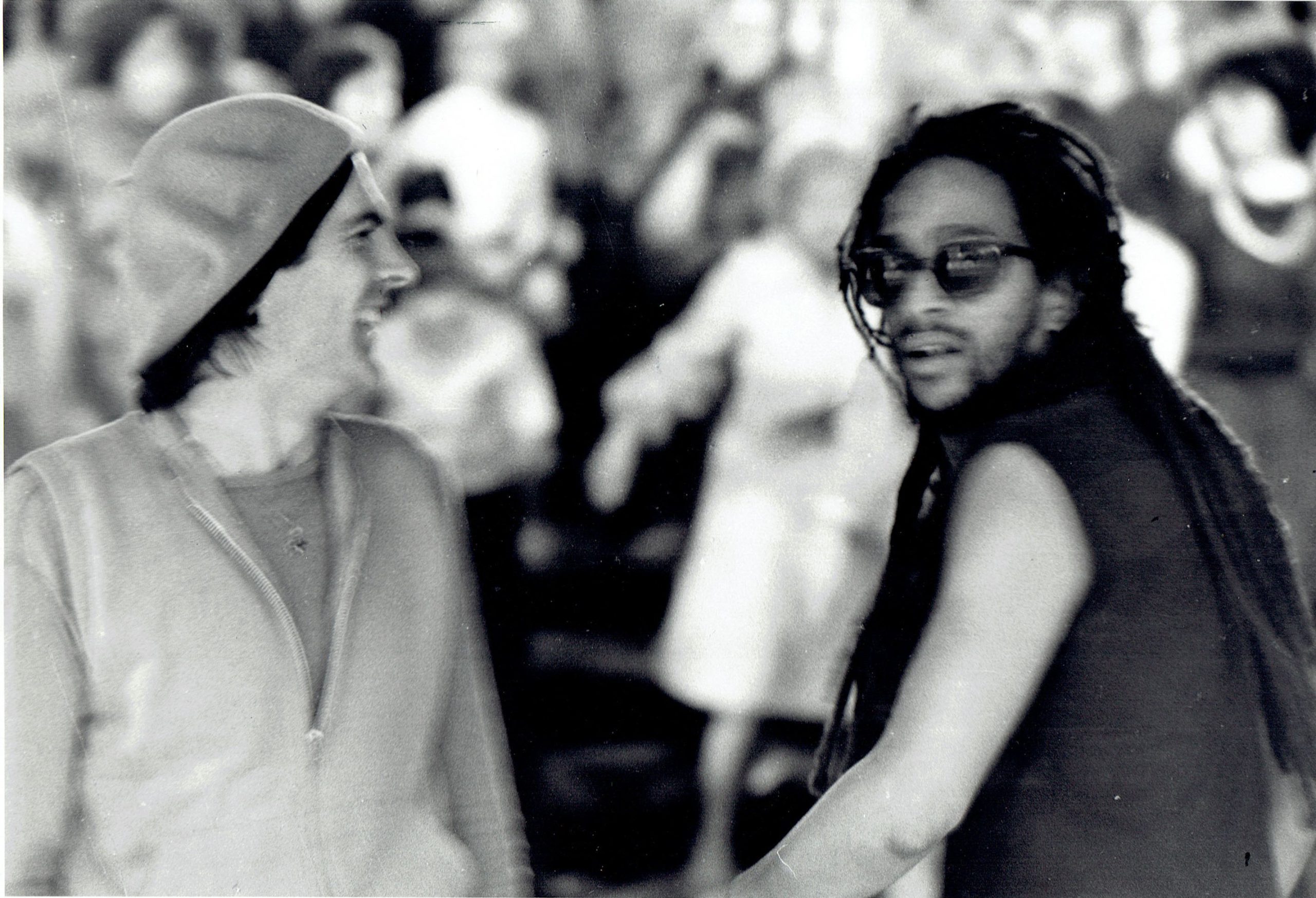 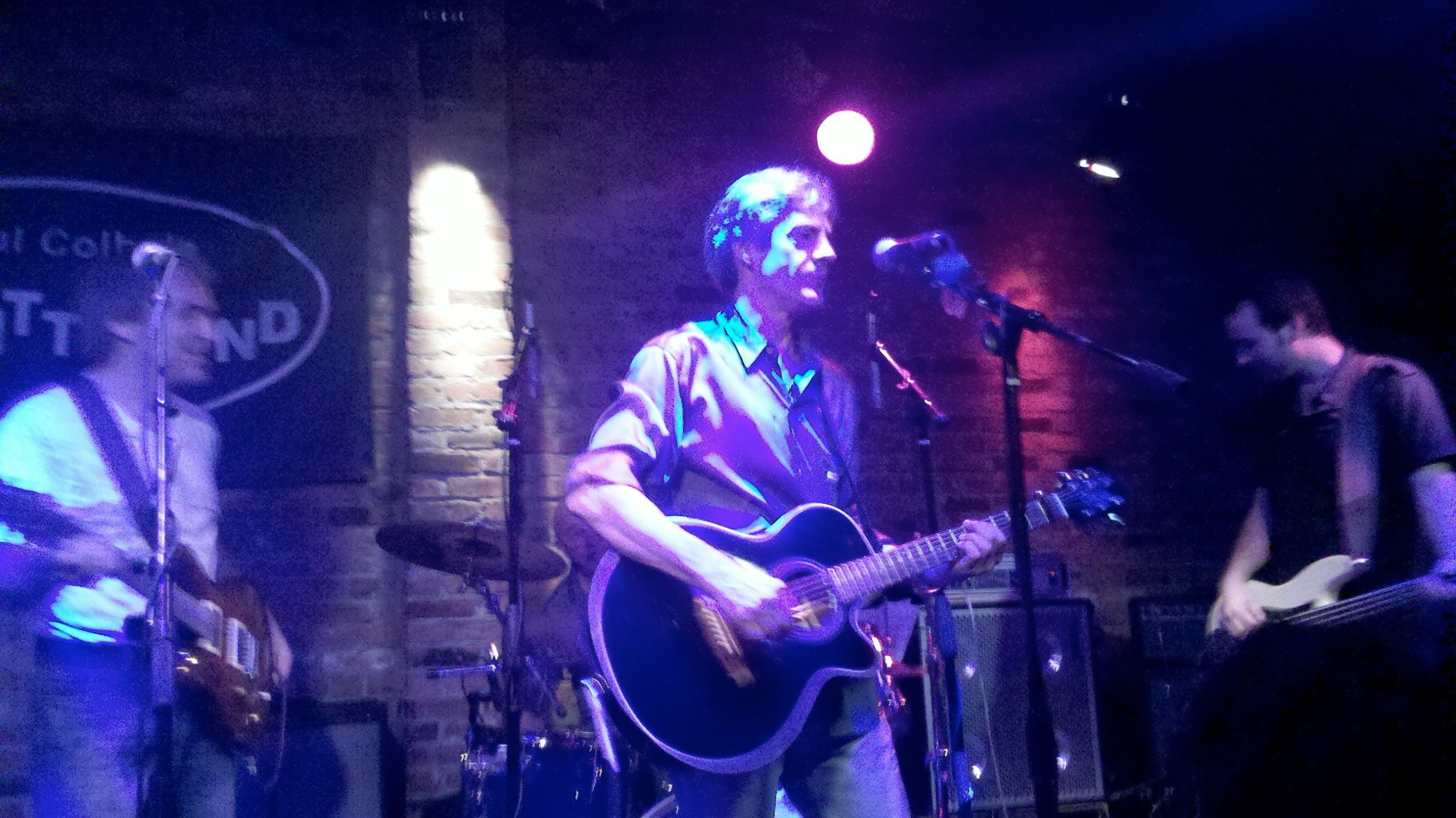 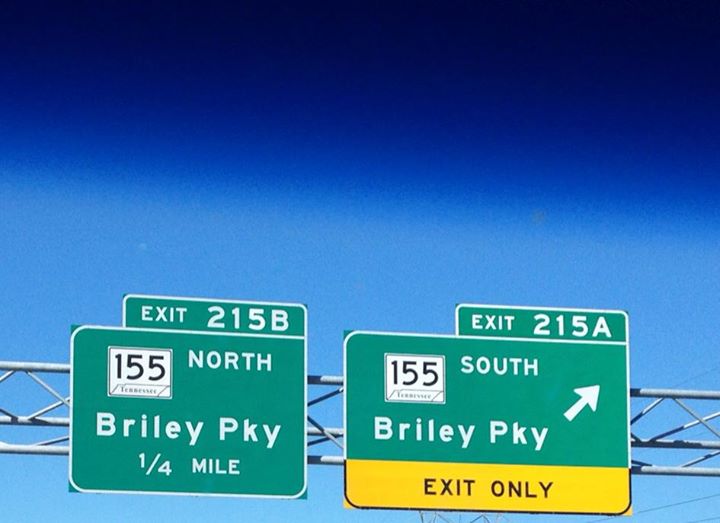 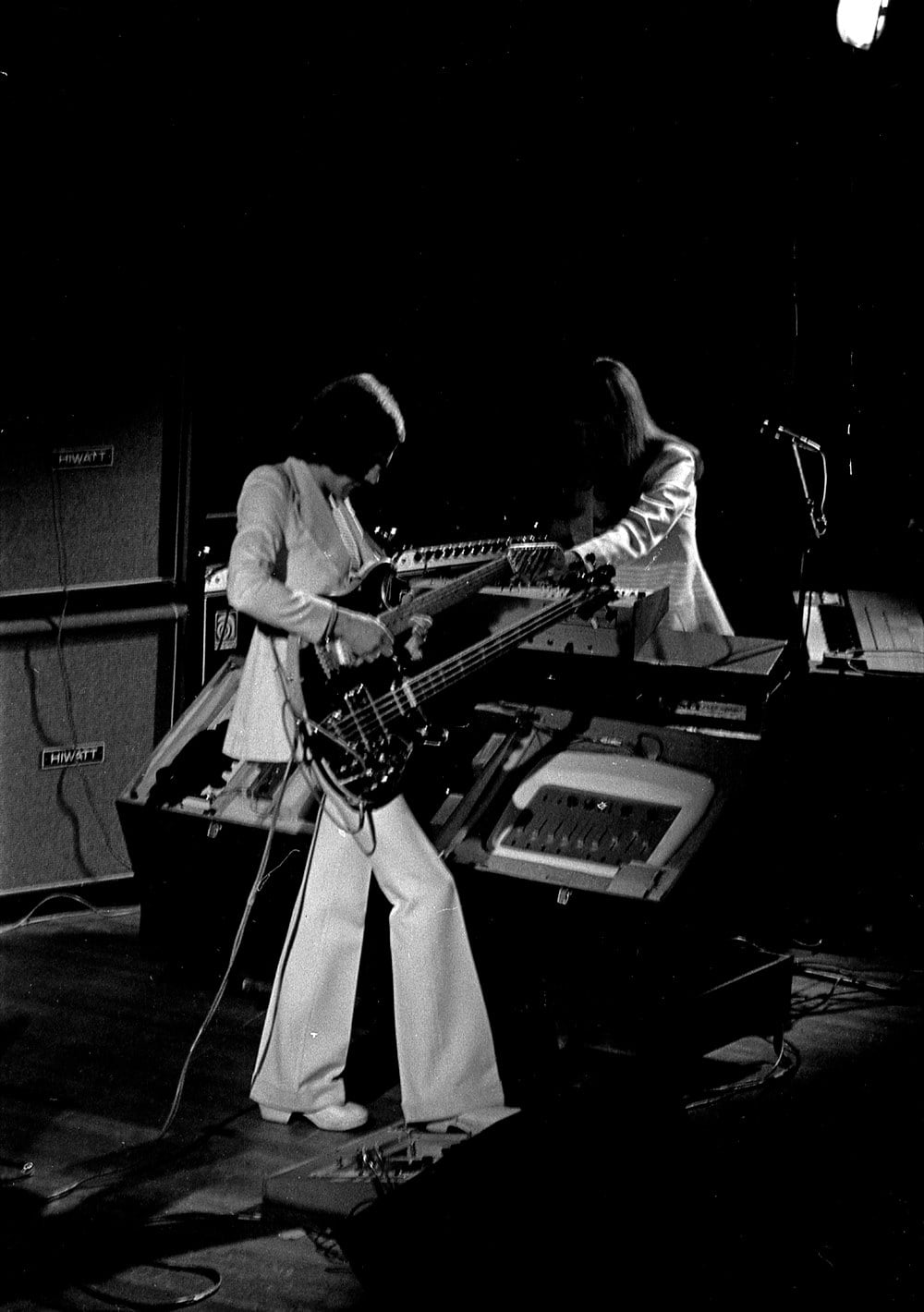 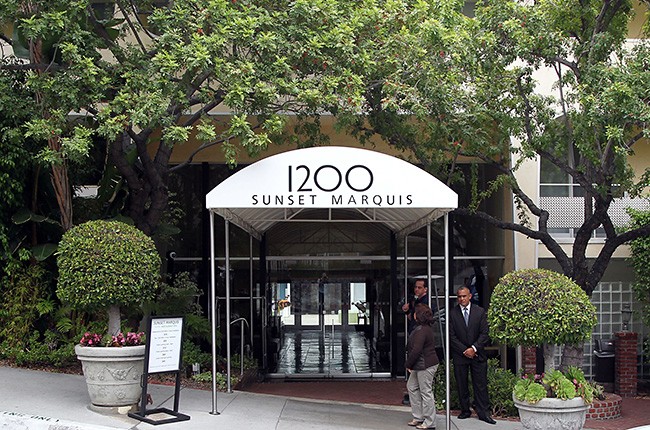